What makes this fresco from Pompeii relevant to the origin of the month of March? It’s all about the God of War. The Greeks called him Ares. The Romans called him Mars. That’s a clue! March was named after Mars in the Roman calendar because it was at this time of the year that military campaigns could recommence after the winter months.

I’m slightly worried for this chap that he’s off to war wearing only a helmet and a cape. I understand that we have to distinguish him as the God of War but I feel he might get chilly – it’s only March after all, not the middle of summer. 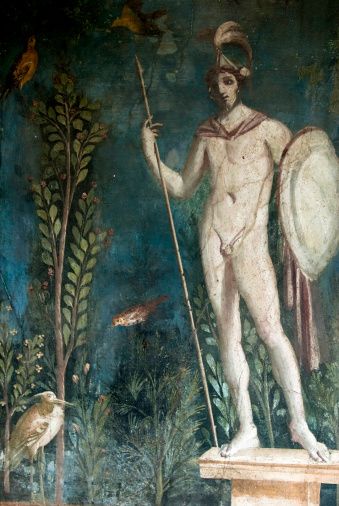 Why is he basically nude? Well, the ancient Greeks came before the ancient Romans, the ancient Romans thought the ancient Greeks were marvellous and copied much of their art – the sculptures in particular. Only they copied the original bronze sculptures in marble and then melted down the originals to use the bronze, hence not many of the original Greek statues survived. The nude in Greek culture was a symbol of the hero, disassociated with reality, elevated from the troubles and conventions of the real world. So in this fresco, the Romans have emulated Greek statuary and portrayed Mars as a hero ready to go into battle. Got it?! 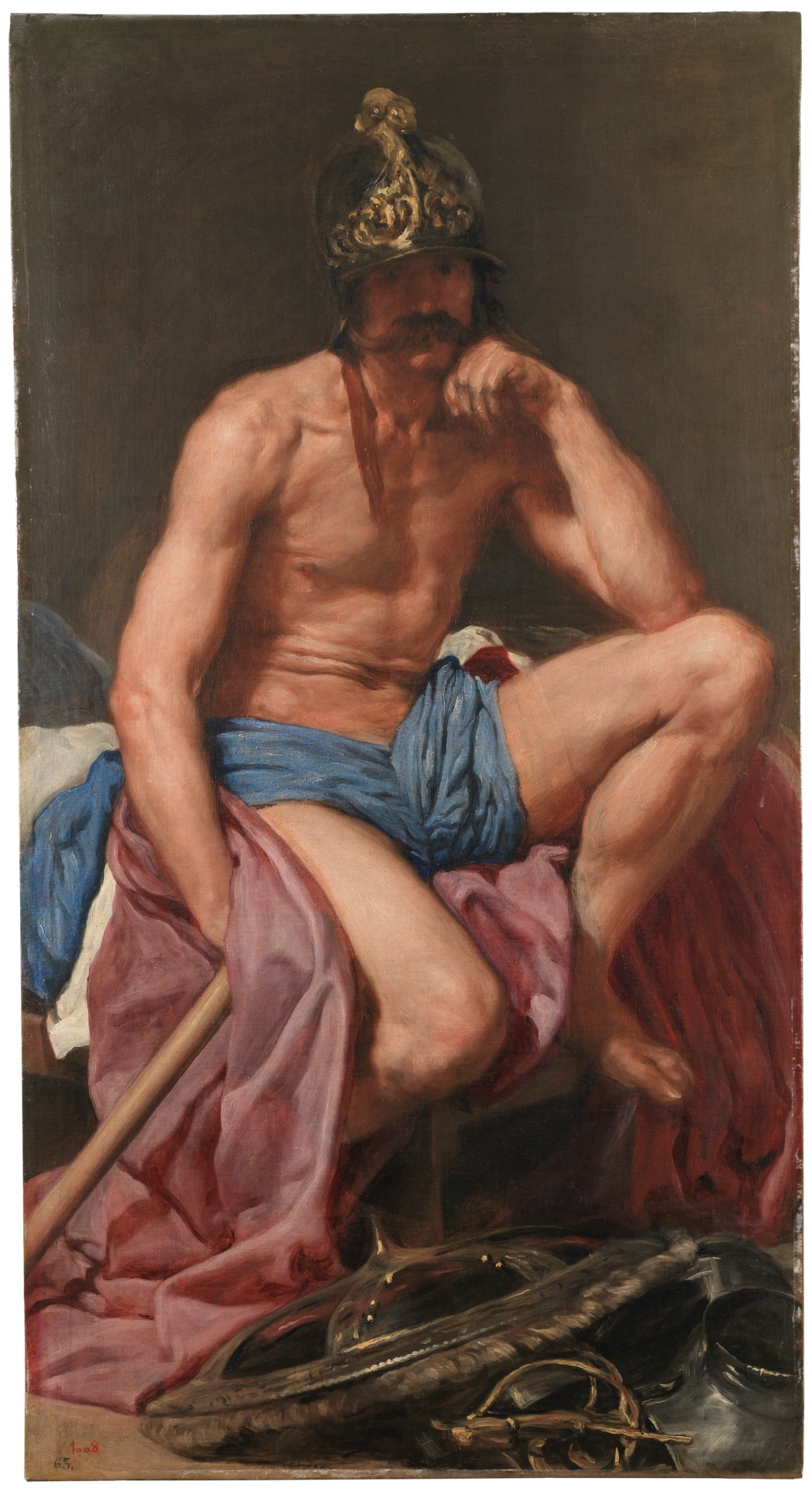 If he looks heroic but unready to our eyes, Velázquez’s Mars is properly peeved to be popping his armour back on. That might be because, in Velázquez’s hands, he has something possibly just as energetic but hopefully rather less dangerous that he’s leaving behind. Look at all that sumptuous bedlinen – that’s definitely not a soldier’s single bed. 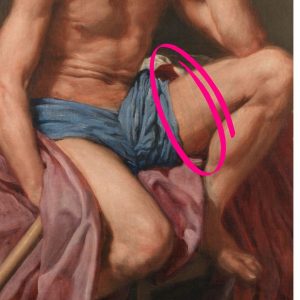 As a side comment and a bit of a giggle, does that not look like the top of a hold-up on his left thigh? It’s the result of a correction that has become apparent as paint has become more translucent over time I would imagine so sadly, I don’t think we can claim that Mars was into wearing stockings or hold-ups, but so what if he was?

This is Mars as he’s rarely depicted. Older, perhaps slightly defeated, magnificent handlebar moustache, absorbed in his own thoughts.

How do we know he’s Mars then? The helmet again and the rest of his armour still on the floor – it’s a sort of transitional moment from man to soldier.

It is unusual but as it was in the Torre de la Parada, the royal hunting pavilion on the outskirts of Madrid, the leisurely, off duty feeling of the work can I think be explained.

There is also a tradition in art that when armour and the instruments of war are scattered on the floor, especially with a sumptuous bed in the frame, we can assume that war has been defeated by love, or that love conquers all. 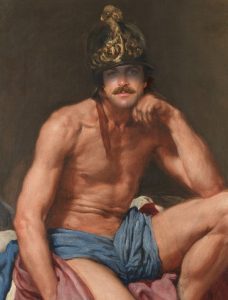 P.S. it has been mentioned that Velázquez’s Mars bears a little resemblance to a certain moustachioed film star… what do you think? Comments please!