Have some bl**dy fun! 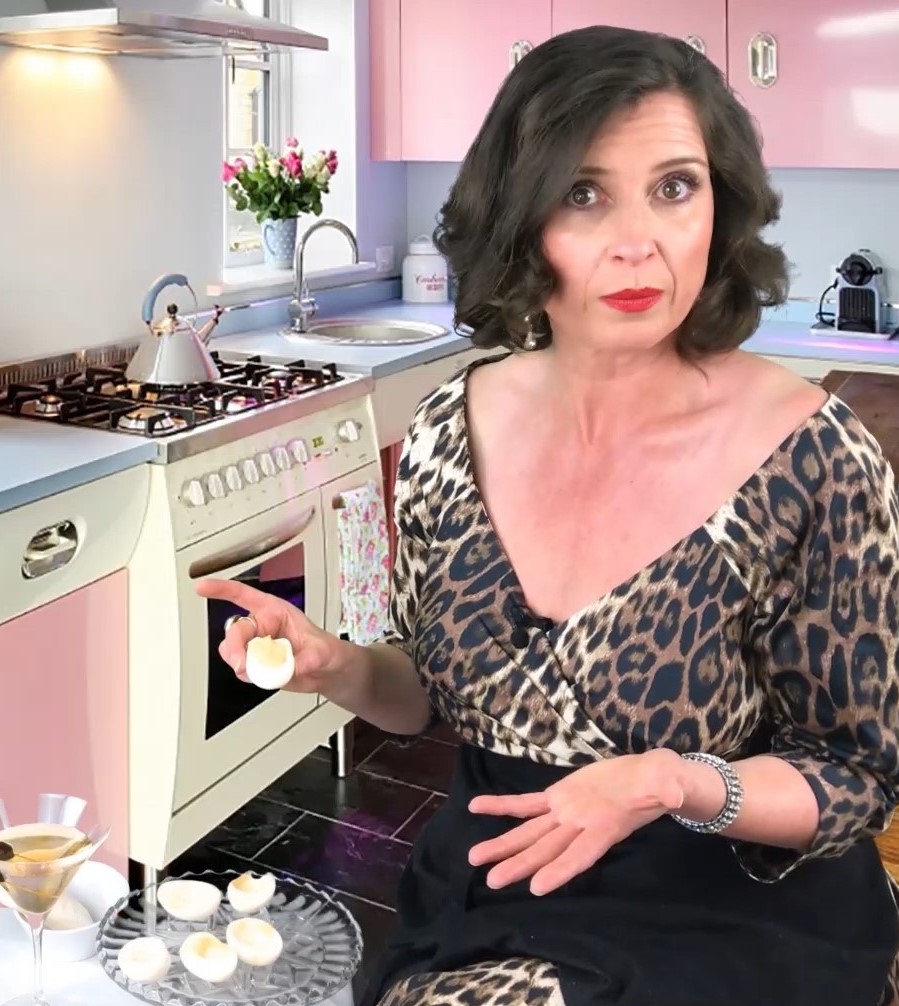 I’m going to say it quietly but I have a sneaky suspicion that I’ll look back on these weeks of lockdown with, if not fondness, then a sense of satisfaction. Okay, so the consecutive days of walking more than 10k steps have waned although I did (annoying boast alert) walk to see the sun rise over London this morning. Not only was it was glorious but I did all my ‘steps’ before 6am. Naturally I then went back to bed and was woken up by a very bemused postman. I felt that I had to explain in detail why I was in my dressing gown at 10am. I really, really didn’t!

Anyway, my sense of satisfaction won’t come from a newly honed Olympian-worthy fitness regime, nor from my massively reduced outgoings. It will come from a feeling that I’ve learnt so much about how to do things differently. Sometimes this has come with a realisation that I need to let myself ‘go’ a bit more, in a manner of speaking. Actually, this ‘letting go’ thing wasn’t a lightbulb moment as much as something that was put to me from a friend who has a lot of experience in the entertainment industry. Have some bloody fun, he said, and if it all goes wrong blame it on lockdown.

So, having settled nicely into a way of working with the green screen, I changed everything and started a new version of ‘Pepped up by Paintings’ called ‘Curated canapés and cocktails’. I cannot tell you how hard I find working with props, if you call piping devilled egg filling into perfect opaque white half spheres ‘working with props’. Except that these ‘props’ weren’t perfect to begin with; some of the spheres were so far to the edge that I was extremely doubtful that the filling would hold, and then I completely fluffed EVERYTHING I was supposed to say, to the point that it became gibberish, and had to start again which entailed scraping all the filling out before the next take. Twice. Now you know why I didn’t want to eat the eggs. And also why the bag eventually collapsed.

The biggest revelation from all this was that I shouldn’t try to ‘act’ ever again. A slightly exaggerated version of myself is fine, but I’m absolutely not an actress. Meryl is safe for which I’m certain she’s profoundly grateful.

I suspect that I’ll be tweaking the presentation and production of these videos for some time until I’ve honed my craft to the best of my abilities (!), but for now I’m loving the fact that I’ve sort of been given permission to play. I’m not sure who is doling out this permission but I really hope that the result is something that is fun to watch. And if it goes badly wrong, I’ll blame it on lockdown.

Sometimes you have to sit back and take stock of how far you’ve come. Today I met a girlfriend for lunch and ended up filming the reactions of our fellow diners to my new Bombshell dress which had been sitting primly in it’s box under the table until we got up to leave and curiosity dictated that my purchase was displayed. In the past it wouldn’t have occurred to me to record the moment, but last year I launched Beyond the Palette Art Tours and I’m finally ready to launch my business and myself (in a manner of speaking) into the world. This particular snapshot of life is now on my Instagram highlights. Who knew?

It would be a reasonable question to ask what dresses have to do with art tours, and the answer may well have been ‘nothing’ had it not been for the feedback from my very first group. I remember the tour well. It was all about horror in paintings from the early modern period, a subject that I’d studied for my masters at UCL. I had gathered a group of friends and friends of friends and, as it was a Saturday, I was heading out to dinner with one of them post tour. I have no idea what I would have worn had I not been wriggling off to Sexy Fish later that evening, but because I felt a sense of occasion, I dressed up. And every single person mentioned how I looked in their feedback. So, dressing up, and dresses in particular, have become a thing, and why not? Everyone needs a bit of escapism and theatre now and again, and it’s a lovely thing to enhance what is already a visual treat (thank you, old masters, you are always the stars of the show), with well tailored creations in sumptuous materials and a gorgeous lippy to match.

You only need to stand in Trafalgar Square and look at the staircase leading up to the grand portico at the front of the National Gallery to feel that it’s a building that embraces grandeur and style. What I aim to add is a big splash of colour, both literally and metaphorically so that together we can revel in its treasures with a fitting sense of occasion, and a delicious joie de vivre. A bit like putting on a great dress really. 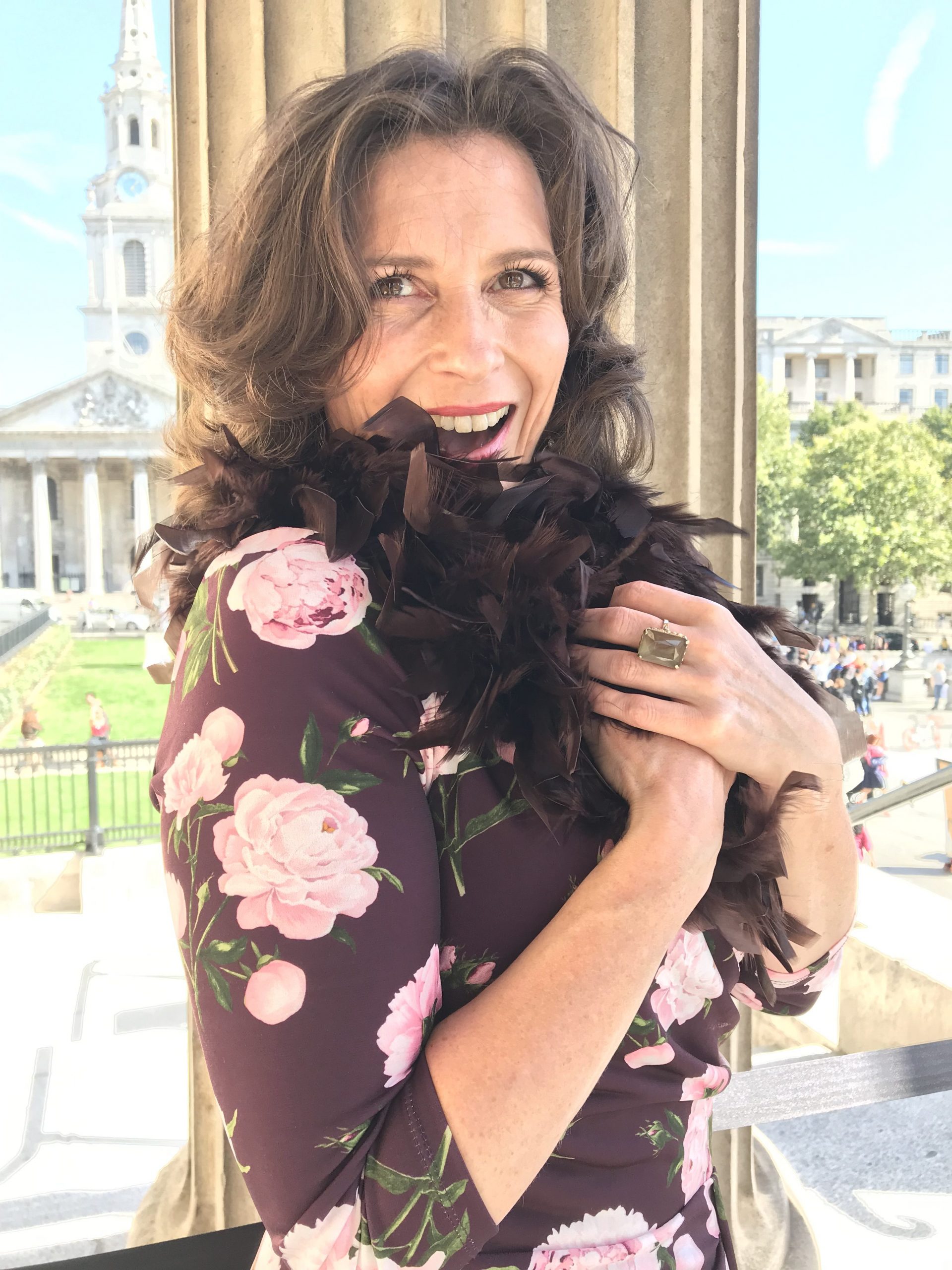