The exciting news in this week’s episode, should you have chosen to believe it, is that I announced that some of my work is going to exhibited by the Robert Rauschenberg Foundation. According to me, the foundation are preparing an exhibition around his work ‘Erased’ (the one where he took a drawing by William de Kooning and rubbed it out), which is going to raise money for artists affected by COVID-19. For those that have followed me for a while, you will know that I created a ‘Curated Canapés and Cocktails’ video on the subject along with a trailer that involved me drawing the most embarrassing self-portrait EVER to then, well, erase. I was delighted to be giving the foundation the rights to show the video and display my erased portrait.

If only. The date of the original broadcast was 01 April.

Here are my self-portraits(!!) and you can see the full video of ‘Erased’ here and the trailer here. 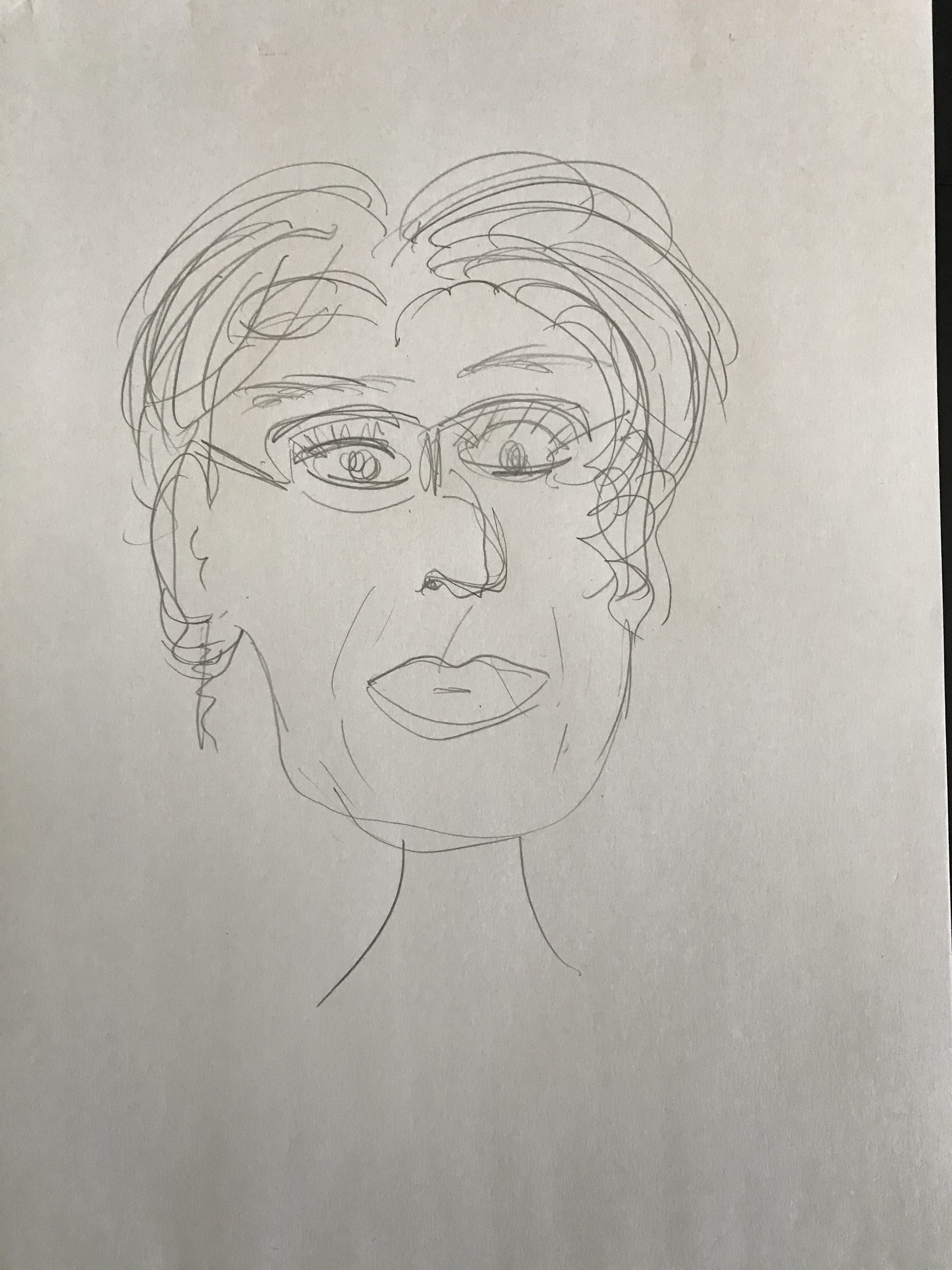 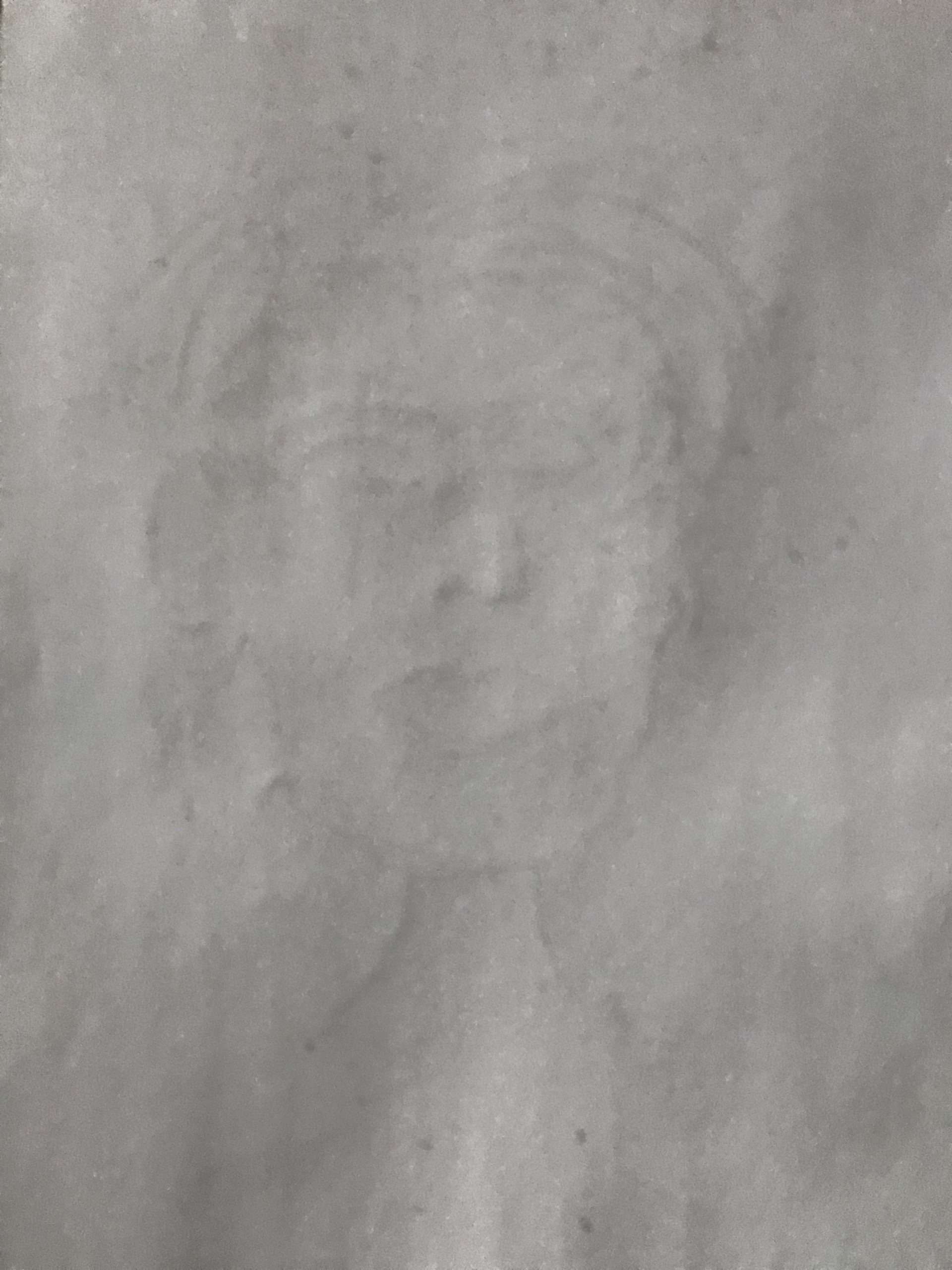 The theme of this episode continues with the Council of Trent. Or at least with a painting of the council of Trent, which is in the Museo del Palazzo del Buonconsiglio (palace of good council) in Trent. At some point during the Council of Trent the ‘good council’ was to switch to the Gregorian calendar which meant that the start of the year switched to 01 Jan instead of 01 April, which the French did in 1582. 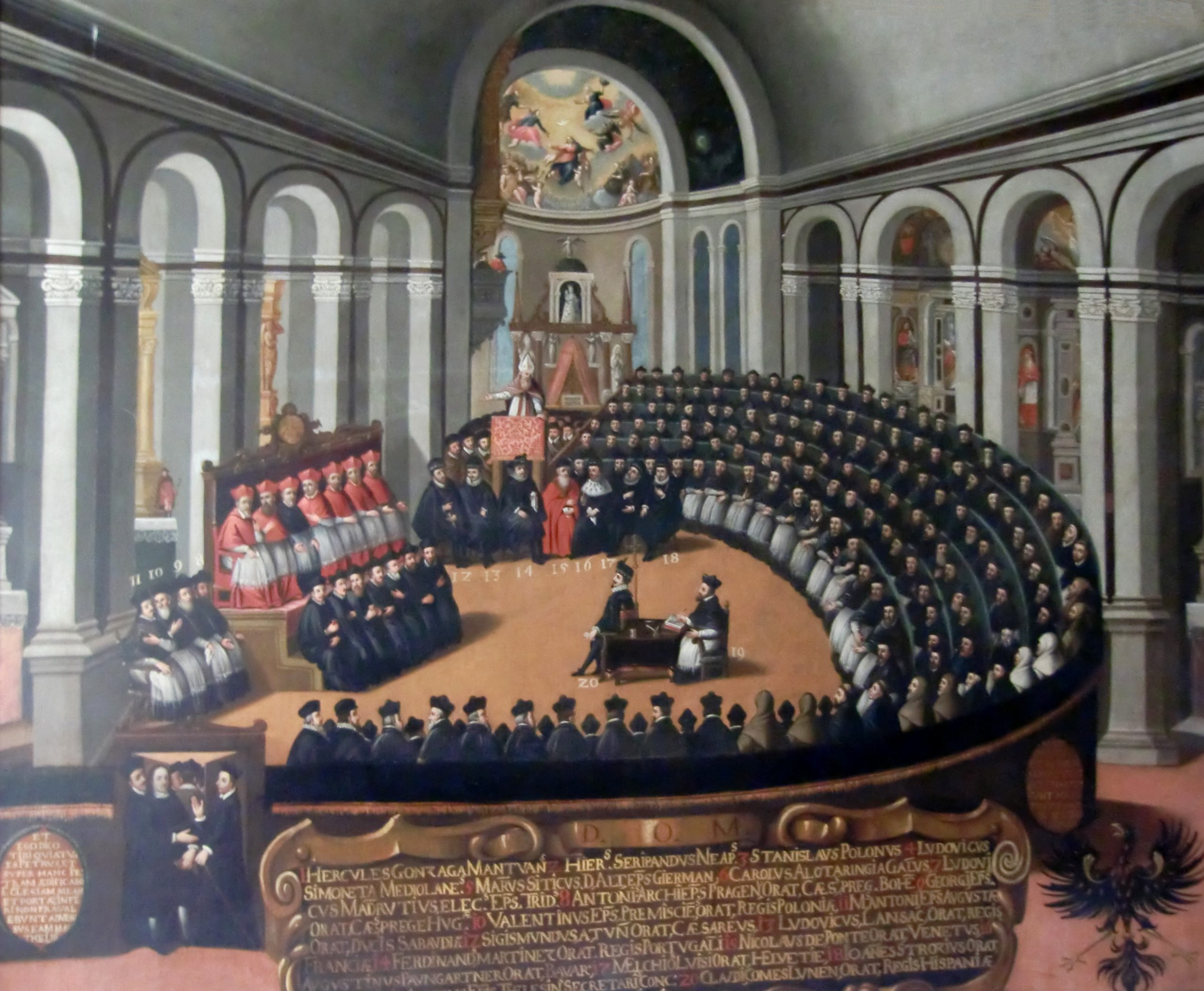 Only some people missed the memo and continued to go crazy and party like mad during the last week of March and the first day of April. For their ignorance those poor folk became the butt of jokes and hoaxes; I guess it was quite easy for others to play tricks on them if they were in the party spirit anyway. I have to say that I would likely have joined them (the party-goers, rather than the pranksters!). 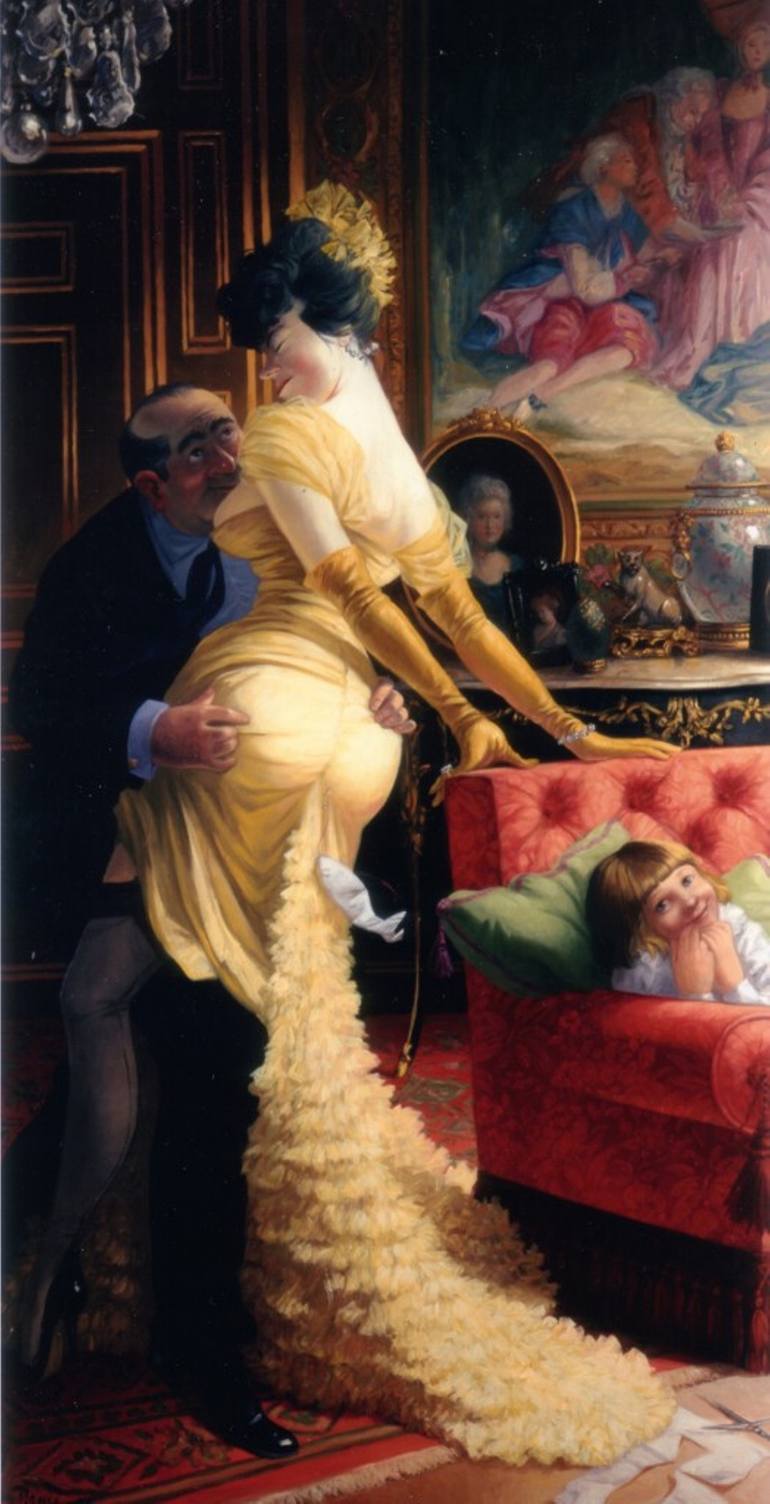 This painting by Thierry Bruet depicts an elegantly dressed lady who is clearly being made fun of as she has a fish attached to the back of her lovely ball gown. Possibly it’s nothing more than a child’s prank and we can see that this little girl on the sofa is happy to share the joke with the viewer, the paper and scissors are on the floor. However, the fish looks as though it’s swimming upstream right towards a certain part of her anatomy which marries with the slightly obsequious expression of the ‘groper’ which leaves me wondering whether something else is going on? The work is contemporary – it was created in 2018 – but it references one of the most common pranks of late 16th century France which was to pin a paper fish on someone’s back. Why a fish? Because when they’re young and gullible they are easily hooked. So in France, an April fool is a poisson d’avril – an April fish!

The tradition found its way into Britain in the 18th century and it was also taken up in the US where the theme was expanded.

This final image comes from an April edition of the Saturday Evening Post in 1943 and it’s a fun April Fool celebration full of inconsistencies and jokes.

There’s too much going on to mention here – there are apparently 45 ‘errors’ in this illustration. We might not count as many today as the fact that she is wearing trousers was classed as one of them! After its initial publication, Rockwell said that he’d received a letter from a guy who claimed to have counted 184!

But the thing that really got people talking was not so much that there are fish swimming up the staircase to the left of the image, but the position of the staircase itself! People raged that architecturally staircases don’t go behind chimneys, until someone from Ohio sent a photo of his staircase behind his chimney and shut everyone up.

How many errors can you see? I’d love you to list them in the comments – maybe we’ll get to 45. If we get to 184 we should all start to worry! 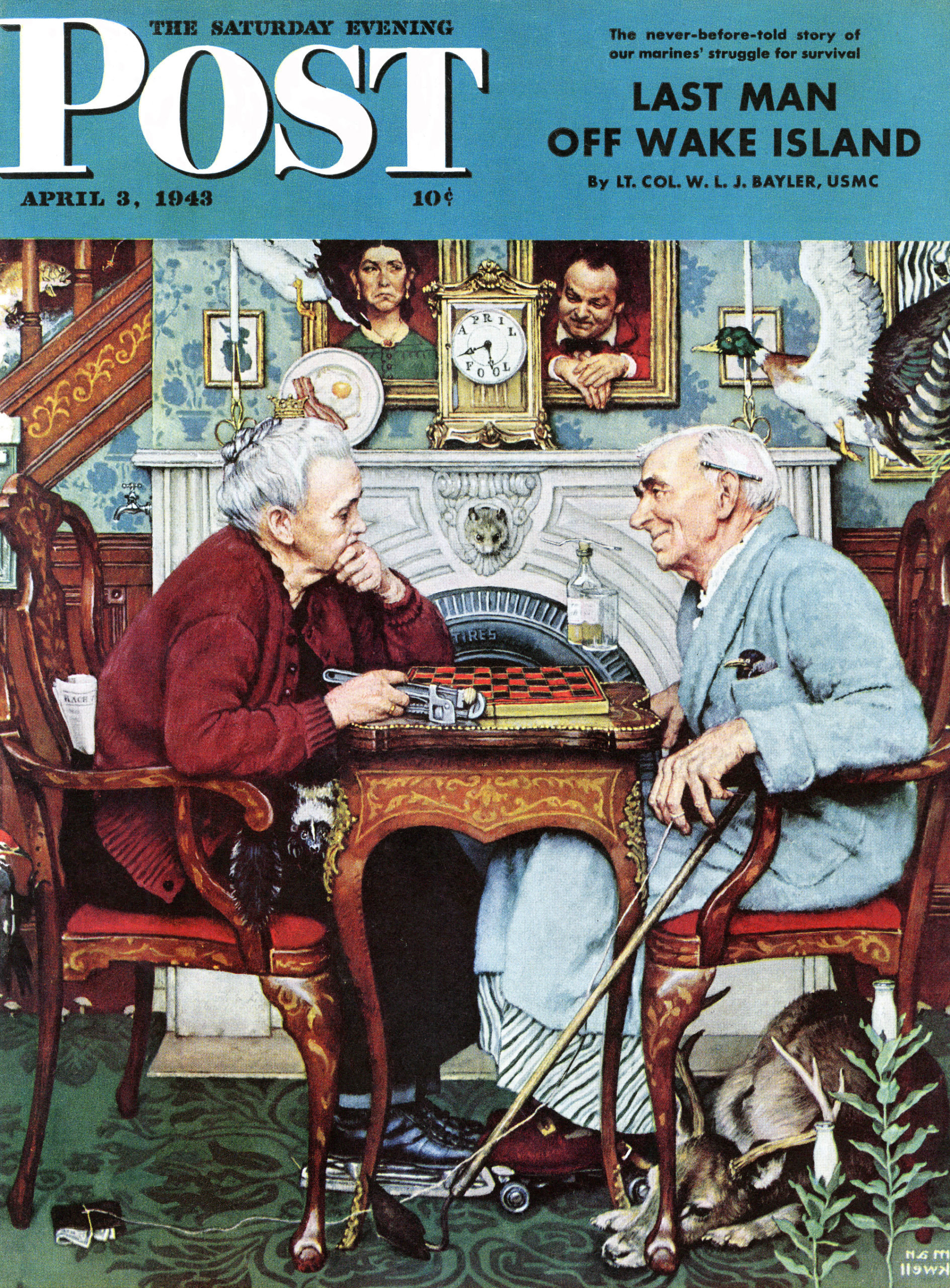