What you need when you curate a tour of six paintings is for the paintings to be on the wall. In the gallery. And to know where they are, obviously.

A week or so ago I had an afternoon DIVAS! tour but I’d neglected my usual checks until about 30 minutes before I was due to meet my guests. The first two works were perfect – still in the Sainsbury Wing where I’d left them a few days before. I then bustle into room 9 to check a Tintoretto and the bloody thing’s not there! Ironically it’s been replaced by a painting depicting Zeus abducting Ganymede which was one of my original choices for this tour but as it wasn’t on display, I didn’t learn it.

Now, it’s completely normal for the National Gallery to move paintings or even remove them altogether for a period of time. Amongst other things, it keeps the experience fresh for regular visitors. I wasn’t, however, necessarily up for a challenge at that particular moment, so picture the scene when, after finding works four and five in situ, the doors to room 45 were shut. What’s in room 45? Mme Moitessier my sixth and final diva, although arguably that accolade should go to the French artist, Ingres, who took 12 years to paint her.

Seriously. One room closed. Two out of six paintings down. Twenty minutes until the start of the tour.

So, I had a little panic and got that over and done with, and then set about scrolling through my mental rolodex (look it up if you’re under 35) for paintings that wouldn’t just do, but that would maintain the energy and diversity of the tour. Of course there needed to be diva action, but I also wanted narrative action of the juicy variety – how else do you replace a story about the origins of the milky way?!

Well, if I was bustling earlier, now I’m whirling through the gallery searching for the perfect replacements. I had a couple of portraits up my sleeve but I only wanted to use one, not both. Then it came to me. Bronzino’s Allegory with Venus and Cupid is utterly bonkers, with a cracking back story and enough divaesque behaviour to compete with a boudoir brimming with opera singers. But guess what? The room was closed for a virginal recital. Naturally.

Two rooms closed. One painting down. Ten minutes to go.

The gallery attendants are there to help and no, I didn’t faint or scream or anything, instead I asked calmly when the room might re-open. Finally, a Hallelujah moment! I was assured that by the time we got to Cupid giving his Mum’s nipple a little tweak (it’s there, take a look), the recital would be over and the painting available to view at close quarters. It was, and as I recall, the virginal had also disappeared. A lot can happen in 90 minutes, it seems.

Anyway, no one needed to be any the wiser that the Bronzino wasn’t part of the original plan, nor that I’d chucked in The Rokeby Venus at the last minute;  I figured that her beauty and the deranged Suffragette who tried to destroy her would fit the diva mould nicely. Except they knew because I told them! I reckon it’s all part of the experience, and I’ve just realised that it was Friday the 13th… should have known.

The photo is a screen shot from a piece recorded two minutes before I met my guests.  Surprise, relief, adrenaline, it’s all there!  The full video is on the highlights tab ‘Before a Tour’ on my Instagram feed. 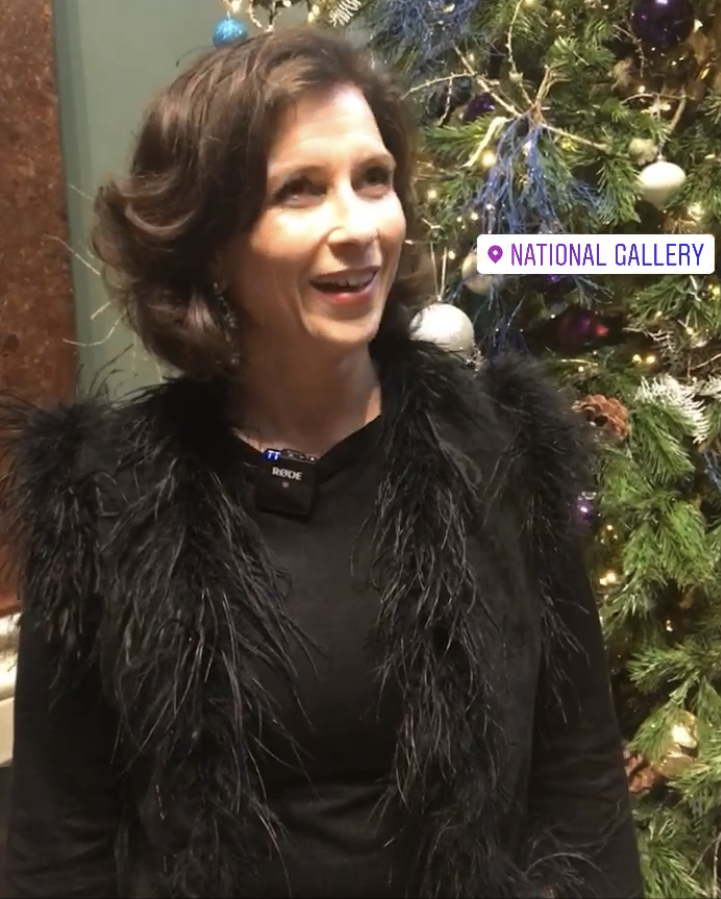