Time to get Surreal

Time to get surreal! Not so long ago I was talking about Arcimboldo and his proto surrealist works. He was called the Father of Surrealism by the actual founder of the movement, Andre Breton. Breton was primarily interested in automatism or automatic writing which he felt unleashed the subconscious. Breton was a writer and a psychiatrist so initially the visual arts were slightly peripheral to the movement; there was a concern that the time it took to draw, paint, sculpt was a barrier to true spontaneity but they got over that, especially with works such as Andre Masson’s free association drawings. 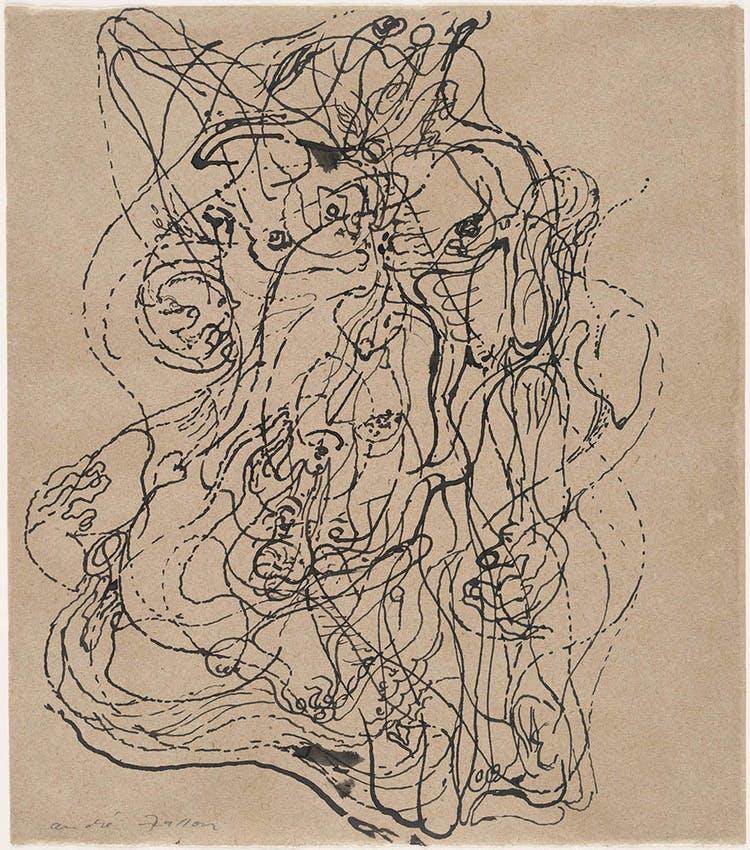 Pretty soon a bunch of artists were regularly meeting in Paris. The focus of their conversation wasn’t new pigments or perspective; they had rather more esoteric pursuits in mind and would spend hours experimenting with hypnotism and unconscious creativity. Breton and Masson were part of this group as was Salvador Dalí, perhaps the most famous of all Surrealist artists.

Dalí did produce some free association drawings but was more interested in fantastical and contradictory imagery; things that might appear in a dream or that you’d put together in your subconscious.

Perhaps his most famous work is also one of the earliest paintings he completed in his very recognisable style which juxtaposes sharply defined landscapes and objects with impossible imagery. 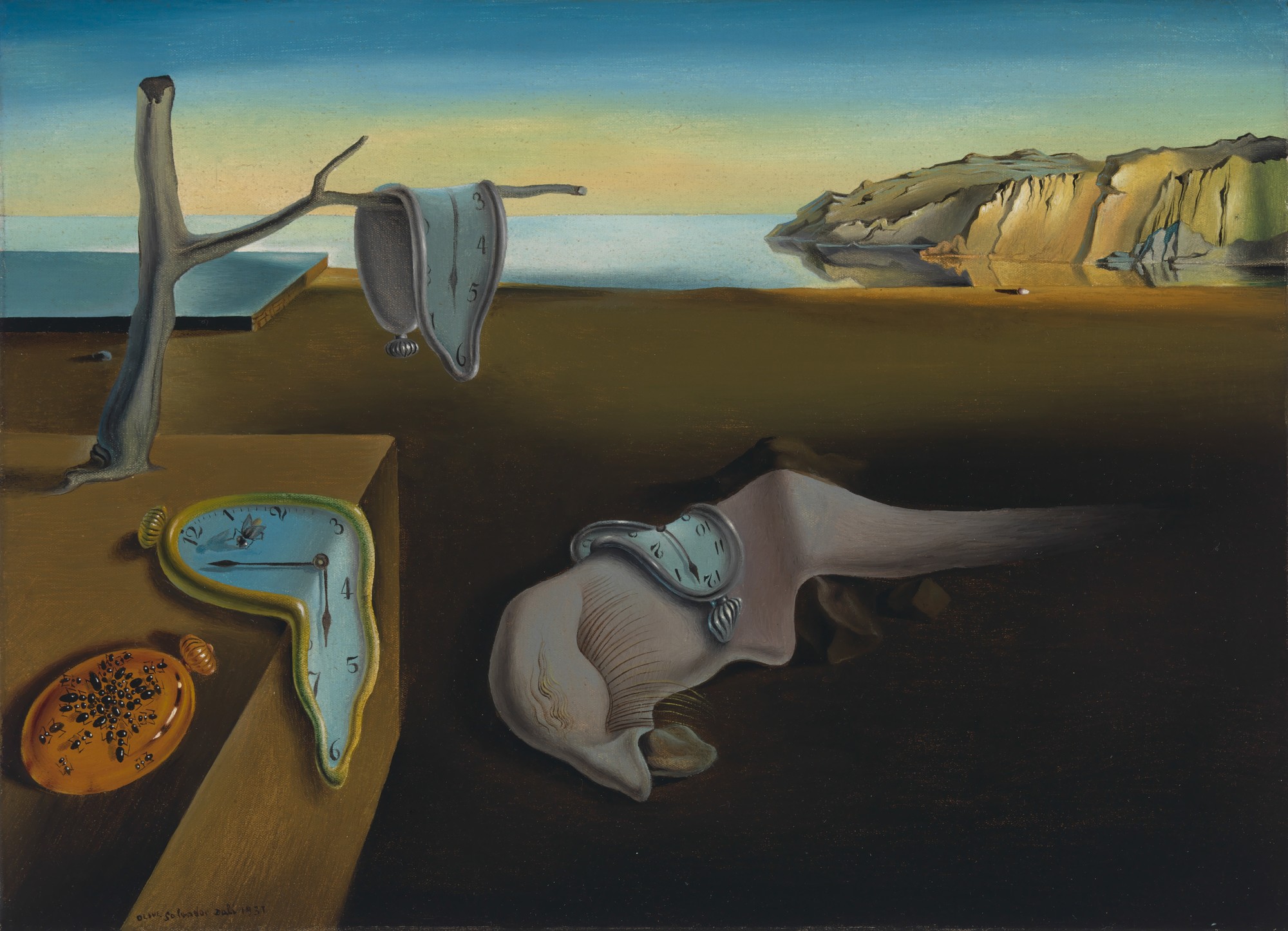 The Persistence of Memory was painted in 1931 a couple of years after Dalí joined the Surrealist movement and also a couple of years after he was thrown not only out of his home by his father but was also excommunicated by the whole town, partly due to his association with the Surrealists but mostly for blasphemy. He exhibited a work that was essentially an outline of a figure recognisable as Jesus and a sketch of the/his sacred heart within it with the title ‘sometimes I spit with pleasure on the portrait of my mother’. Nice. 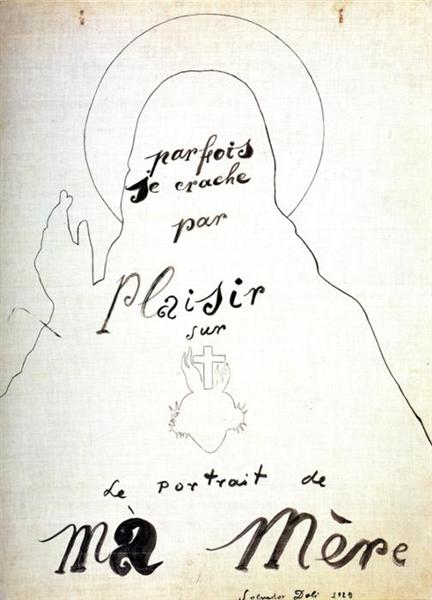 The setting of The Persistence of Memory is Port Lligat, the fishing village that Dalí and his wife lived in in poverty after their excommunication. Maybe it has a whiff of nostalgia about it as the central theme is time; or more accurately the problem of the concept of time. Real time isn’t the same as remembered time, and as for dream time… It’s malleable; just as the clocks are here. Dali said he was inspired by melting camembert but scholars say he may have been referencing Einstein’s Theory of Relativity in which he theorises that time is a bit more complex than we thought.

If that’s the case, the clocks are pretty useless. It has to be said, however, that they aren’t actually clocks but pocket watches because they all have a winding mechanism. The Surrealists delighted in mocking the fashionable middle classes and since the pocket watch was the accessory du jour this could be a bit of a poke at not only the arbitrary nature of time, but the pointlessness of having a fancy time piece.

Let’s talk about the squid type thing on the sand that could be a self-portrait of sorts. Is that squiggle below what could be eyelashes part of his famous moustache? Who knows? Is that a tongue lolling out of his nose? Who knows? Might we say that this unformed figure is representative of Dalí’s embryonic career, the new life that’s he’s been forced to start? Who knows?

What many art historians agree on is that the ants are symbolic of decay and destruction. Dalí often included ants in his works after seeing them collectively devour entrails when he was younger.

So basically this is all about “the camembert of time” to coin Dalí’s phrase. Basically everything breaks down and changes over time.

Speaking of things changing over time, when this was exhibited in the US, he had been thrown out of the Surrealist movement for his political opinions (he had fascist tendencies) and was so poor that Picasso had to pay his travel expenses. After the exhibition he became one of the most recognisable people in the world.