Making movies (in my kitchen) 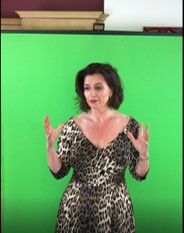 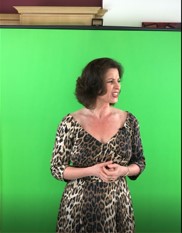 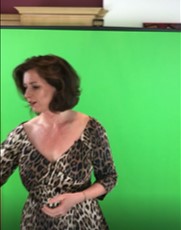 My kitchen is now masquerading as a film studio for half the week. Seriously, I have lights, a green screen, microphones and a big sturdy tripod with a bracket for my phone. It’s hard to open cupboards, the fridge is out of bounds and if I turn on the gas hob it’s likely that something will either catch fire or melt. But a challenge is a challenge and this is a challenge!

I had the crazy idea to start filming at home at the end of last year when the gallery made it clear that they were less than delighted with me coming over all Sofia Coppola in their hallowed halls. I get it, and I certainly don’t ever want to fall out with the National Gallery, so you won’t see me there with a microphone any time soon. At around the same time, I was chatting to a friend about their upcoming exhibition, ‘Love, Desire, Death’. It will bring together six Titian paintings that I adore and, as such, I was waving my arms around excitedly and gabbling about going full on crazy cabaret in reverence to them… I wanted to write a show, and find a location, and make it award winning and completely fabulous.

After a deep breath (it may have been a sigh) my friend said:

‘You’ve got three months until the exhibition opens, have you started this project? Umm, it’s quite big!’

‘Well, not exactly. Actually, no’

‘Okay. Well, maybe scale it back a bit? How about making a start with little videos about the paintings for your website and social media?’

Eh voila!, the plan was hatched. Six paintings, three videos a painting, all launched into the world to a strict timetable at regular intervals with the last video planned to coincide with the opening of the exhibition in March. I had three weeks to get ahead of myself – until I got ill and spent two and a half weeks staring at daytime television with glazed eyes and my mouth open!

So, fully recovered, this has been my regime for the last two weeks: research, write scripts, film, edit in paintings, edit out the bits where I’m going ‘durrrr’ (thank you dear editor, these videos would be absolutely rubbish without you), fiddle around with Instagram and YouTube on the appointed day until they have been successfully posted. Do it all again. Thanks to my January cold I am only filming a week ahead of each launch date… eeeeek. It’s a bit stressful and ridiculous and huge fun and immensely satisfying.

I am, by the way, thinking of making a full length feature film of the f*** ups. Believe me, there are enough of them. The photos are stills of yet another take biting the dust!

Anyway, if you’d like to see the fruits of my labour, head to the media and gallery page. Goodbye gallery films, hello green screen. It’s a brave new world and I love it.