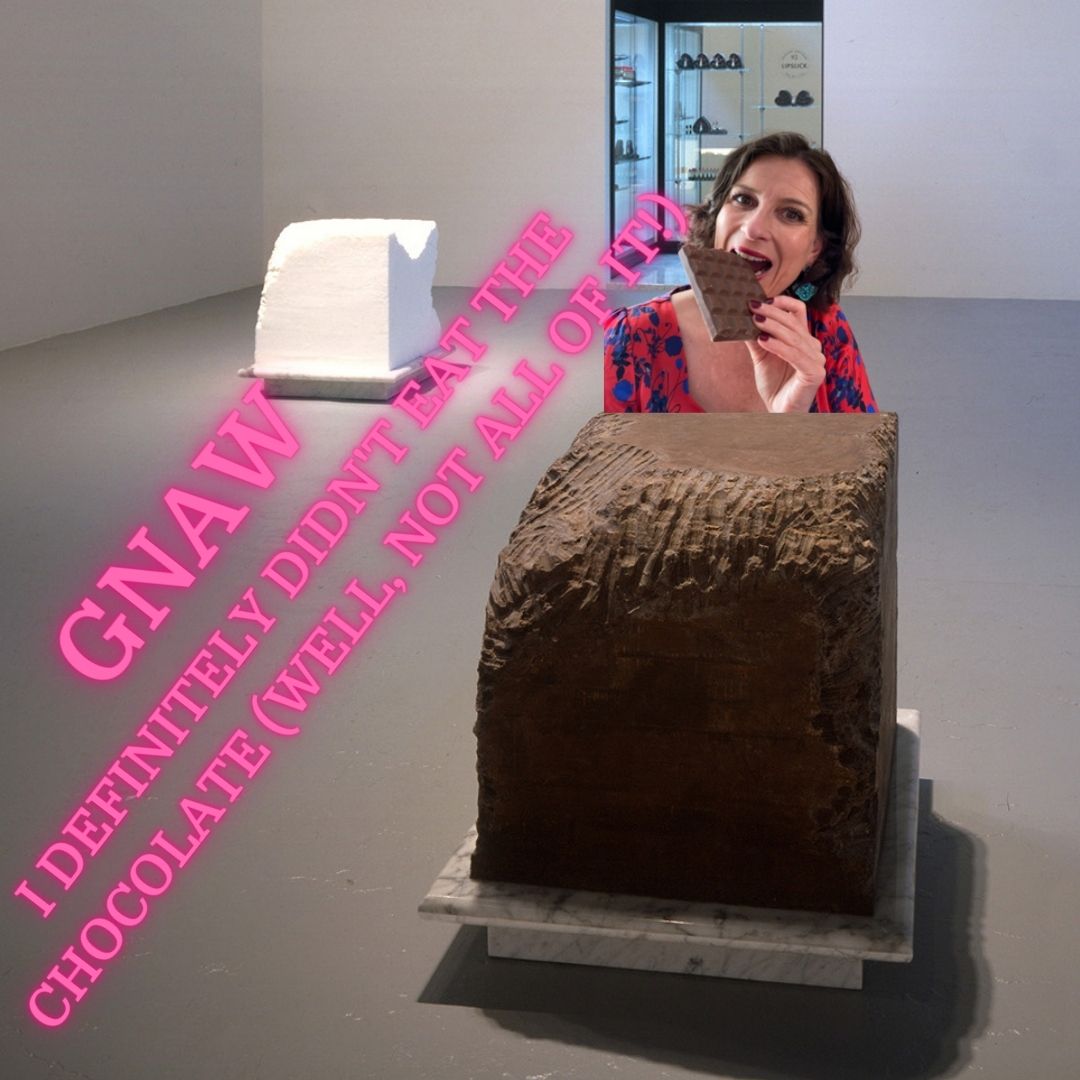 Random person eating chocolate is NOT part of the work!

When I first heard about ‘Gnaw’ Janine Antoni’s 1993 installation I have to confess that I thought she had basically eaten as much chocolate as she could and whacked the remaining (huge) block of it on a marble pedestal.

I was so wrong!

Gnaw began life as a pair of large cubes, one of chocolate, one of lard, each weighing in at 600 pounds. Antoni literally then gnawed away at each but, and this disappointed me slightly when I realised, she didn’t actually eat the bits that she’d managed to extract with her teeth (I was in awe of her eating lard and perhaps a little jealous of the huge block of chocolate). The finished work comprises of the two tooth and face marked blocks, now elevated on marble pedestals, and 27 heart-shaped packages of chocolate made from the chocolate removed and chewed from the cube and 130 lipsticks made with pigment, beeswax, and the lard removed and chewed from that cube. These are displayed in cabinets near the sculptures. This part of the display is called Lipstick/Phenethylamine Display.

What is phenethylamine and how do you pronounce it? Phenethylamine is a stimulant found in chocolate and is also produced in the body when we fall in love. Don’t listen to the corresponding Elevenses with Lynne to find out how to pronounce it though!!

So it’s clear that Antoni has a message here, and to me she’s asking questions about what it means to be a woman both with desires and who is, and wants to be, desired. 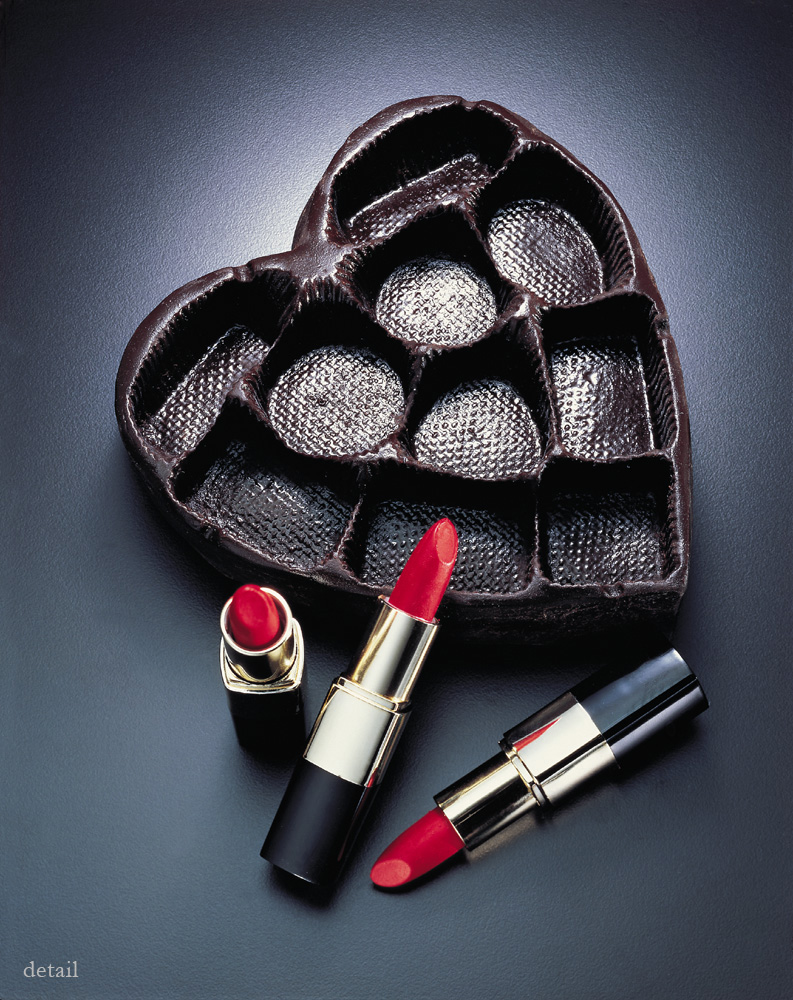 The little by-products are either desirable (the empty chocolate box – so desirable all the chocolates have ‘gone’!) and a red lipstick that might aid in desirability, but there is a distinctly undesirable element to the way that they have been produced, unless perhaps you happen to be Antoni’s lover. Would you want to put something chewed by a stranger in or near your mouth? Perhaps not?!

But think about babies! They want to put everything in their mouths because it’s a way of discovering the world. That one bite of the apple was what got Eve and womankind into all manner of trouble but it also gave knowledge. The desire to know. What is the relationship between seduction, desire and knowledge? I’m not sure the work promises answers but it definitely asks questions.

It also rather marvellously references and then somewhat trashes the distinction between two hitherto disparate art movements from the 60s and 70s. Works by artists such as Donald Judd and Robert Morris were all about the cube. Minimalist, machine cut, intellectual in tone and above all, clean, they had no relationship to the messy, visceral performance art that was generally the domain of female artists often with a feminist agenda. Until Antoni came along and started taking chunks out of those perfect cubes with her teeth.

If you wanted something to ponder once you have the pronunciation of phenethylamine perfected, ‘Gnaw’ is definitely food for thought.