Be my Valentine? No way, you’re in the Tower of London!

The first known Valentine was sent from prison and involves a tale of royal in-fighting, warfare and imprisonment in the Tower of London.

The ‘valentine’ itself wasn’t a card but a few lines in a poem, written by Charles, the Duke of Orléans, in 1415, when he was 21 years old. Charles was caught in the crossfire of a fight for the control of France between his father, Louis I, who presided over the House of Orléans, and his uncle’s family which oversaw the House of Burgundy. His uncle also happened to be ‘mad’ Charles VI of France. When Charles Duke of Orléans was captured at the Battle of Agincourt in 1415, he was held as a pawn by the Burgundians in the Tower of London and wrote his wife a letter from his cell that included the lines:

‘God forgives him who has estranged / Me from you for the whole year. / I am already sick of love, / My very gentle Valentine.’ 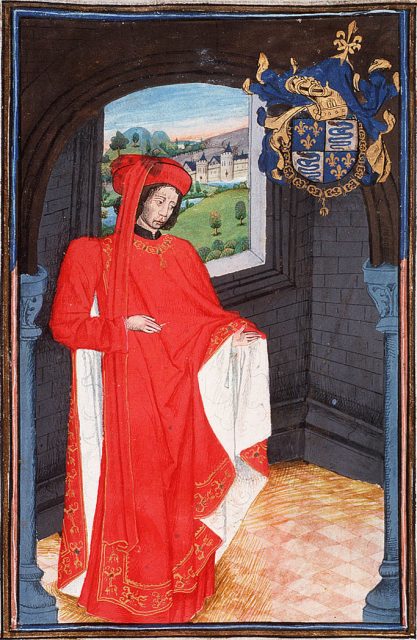 Unknown artist, Miniature from Statutes, Ordonnances and armorial of the Order of the Golden Fleece, 1473, Gerard Collection 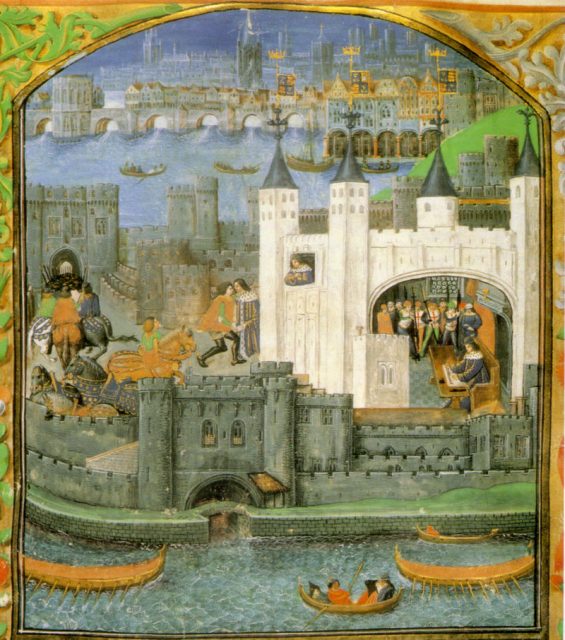 OK, this might not look like a dank and dingy cell in this image, but here is Charles writing his letter, over on the right side of the picture at a table under the archway. I’m thinking that the artist has taken a liberty with the actual architecture of the Tower of London to allow us a peek inside, not to mention the tiny walls, but is that London Bridge in the background? I think it is! There were houses on it in the early 15th century, as this fantastic model created in 1987 by David T Aggett, a liveryman of the Worshipful Company of Plumbers shows. Photo credit the Londonist. 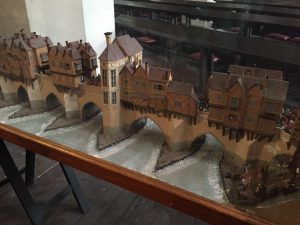 Back to Charles who is also at the window in the centre of the composition, and then featured again outside giving his masterpiece to a courier to take to his wife, who by the way he was never to see again. He was held prisoner for 25 years, and she died before he was released.

Another early adopter of the term ‘Valentine’ was Margery Brews who wrote to her one true love in February 1477 pleading with him not to leave her over her underwhelming dowry! They do get married, you’ll be happy to hear, and Margery has gone down in history as the first person to write a Valentines note in English.