‘Tipsy Hephaestus releases mother from chains’?? Er, yes! Which is why he’s often celebrated on Kraters (vessels used to mix wine with water) even though he essentially bound her in the first place. All clear? No? Read on… 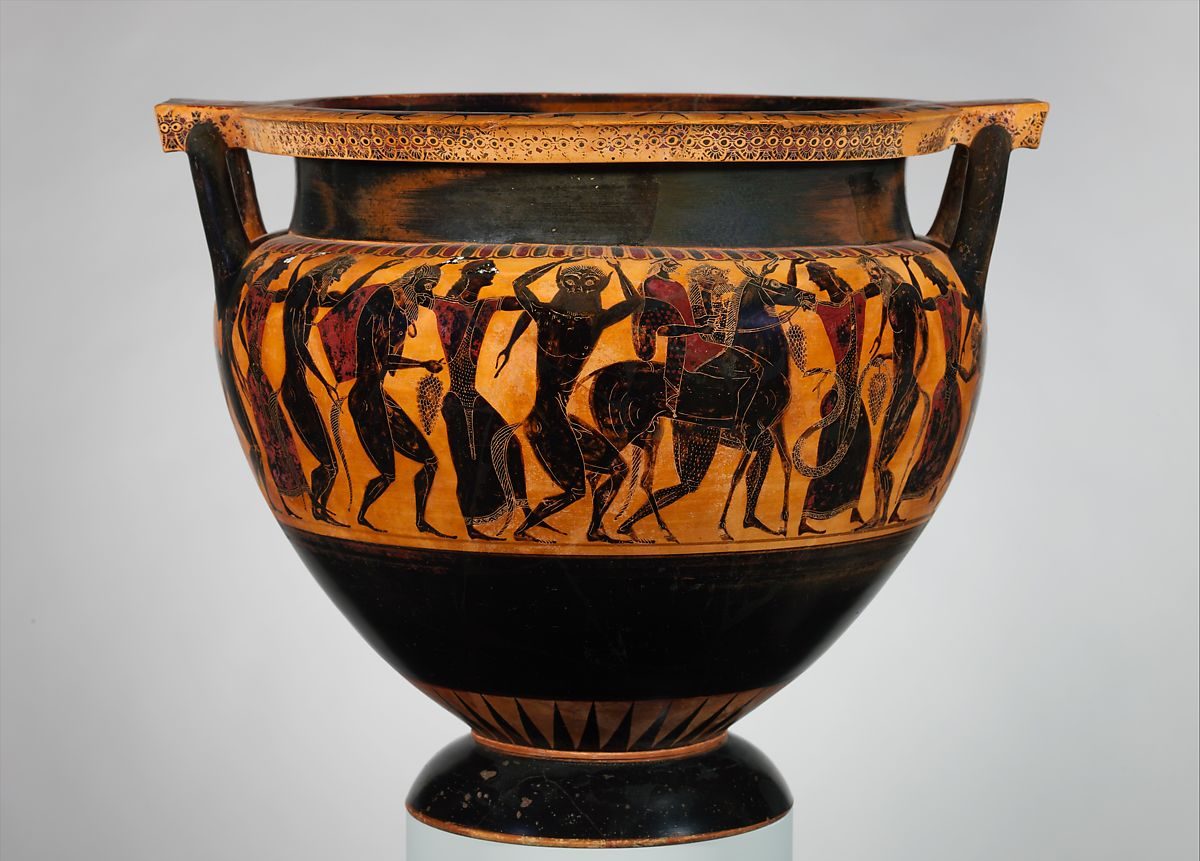 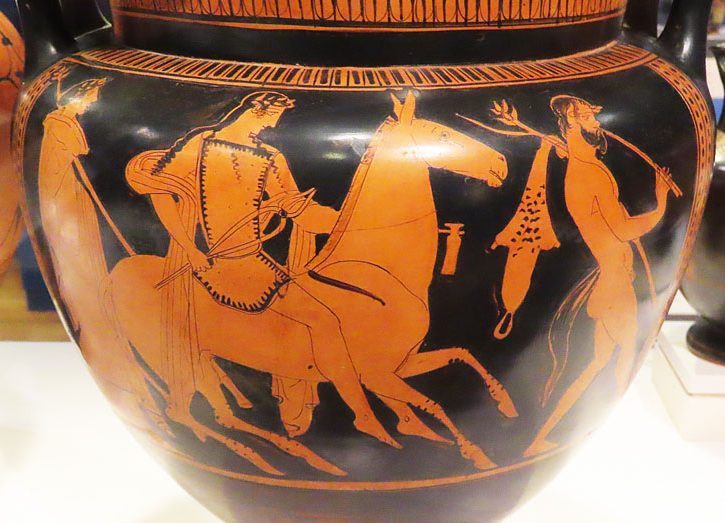 Hephaestus is the one on the horse, looking (unusually) dashing in both depictions as he heads to Olympus. But this is the end of the story. The tale actually begins at the moment of Hephaestus’s birth. He was, shall we say, not the most attractive of babies. Actually, even his own mother was unbeguiled by him even though it was probably her fault that he wasn’t the cutest.

Hera had decided that she wanted another child. But she wanted this child to be her own. And when I say ‘her own’ I mean no father, no turkey baster, no donor, no nothing. As she was a goddess, it was in her power to produce life from her own body with no male intervention and that’s exactly what she did.

Why did she want this? Somewhere in the archives, there is an Elevenses all about Athena who was said to be Zeus’s favourite child because he kind of spontaneously gave birth to her out of the top of his head, hence he was her only parent. Once the pain subsided, that worked pretty well for him. Athena was a bit of a superstar of the Greek pantheon and Hera was jealous. 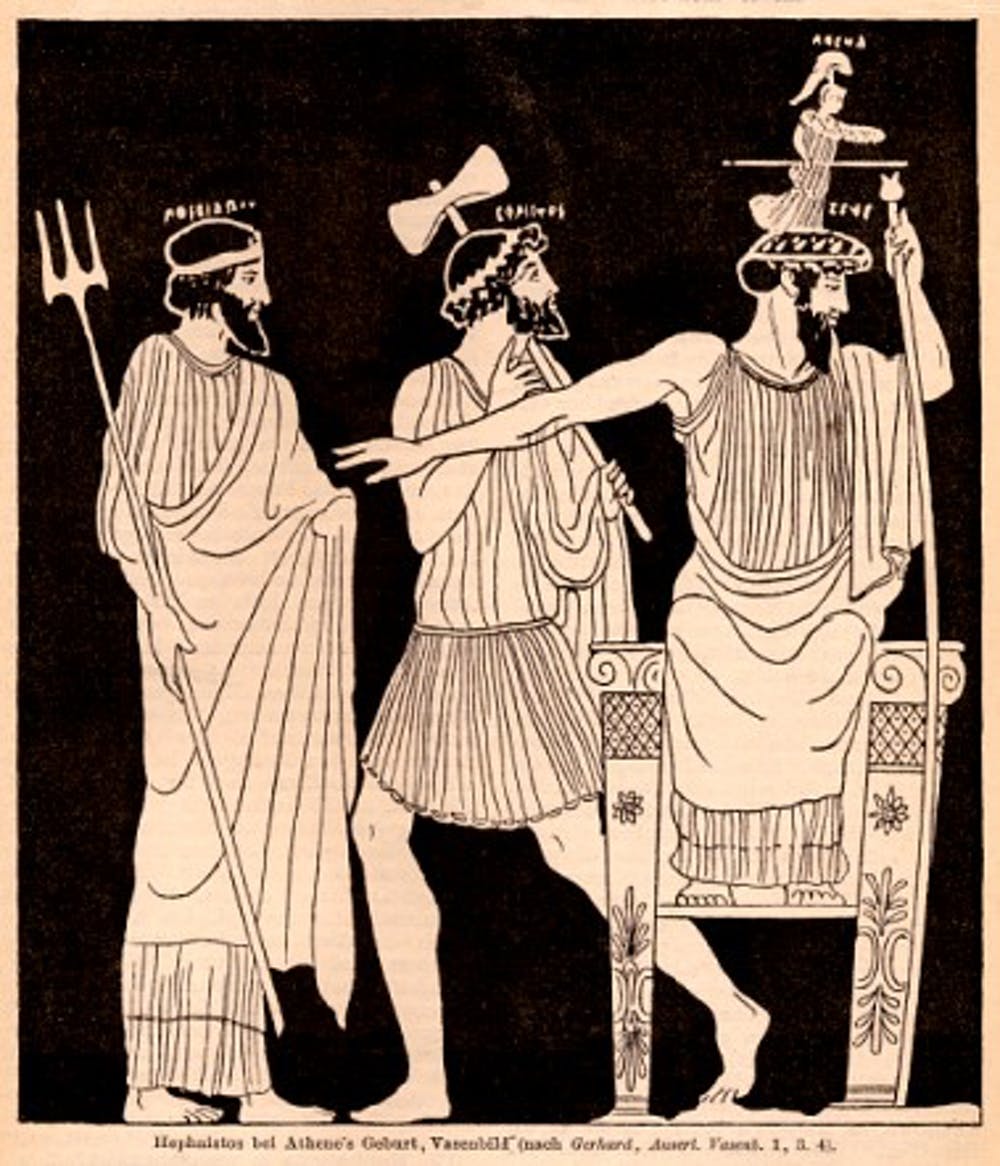 When Hephaestus was born, however, she was so horrified and mortified, that she chucked him off Olympus.

The poor little lad fell and fell and fell for an entire day – that’s how high Olympus is – but instead of dying before he’d even got going in life, he eventually plopped into the sea, completely crippled but alive. That is why, by the way, he’s depicted on a horse, although his injuries aren’t featured and he’s looking pretty healthy to me, especially on the Leiden krater.

Anyway, when he plopped into the sea at the bottom of Olympus, Thetis (possibly Achilles mum) scooped him up and nursed him. She looked after him into his adolescence, when his skills as a blacksmith became ever more obvious. He wasn’t strong or dashing but Hephaestus became the often sought-after blacksmith of the gods. At some point, however, he found out that he’d been thrown off Olympus by his mum. That must have been a tough day. So it might be surprising that he subsequently sent Hera one of the most beautiful gifts that she’d ever received. Perhaps she didn’t know who it was from, or maybe she thought that she had a very forgiving son, but when she unwrapped the beautiful throne, she had to sit in it straight away. 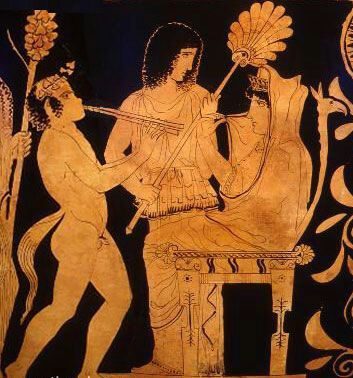 Here she is on her throne. But if you look closely, you’ll notice that there’s a satyr (flute girl was clearly demoted – see last week’s talk on the Greek symposium) blowing an aulos into her face. And frankly she looks as though she’s flinching but she can’t do much about it because she’s stuck.

Hephaestus made a throne that he knew his mother wouldn’t possibly be able to resist, and when she sat in it, she was bound by invisible chains and unable to move. Revenge is a dish best served cold, right?

So why does he appear so often on kraters? It’s a sort of nod to the benefits of wine. In the story, Ares or Mars (to use his Roman name) was sent to force Hephaestus to release Hera. It didn’t work. He even denied he had a mother. But when Dionysus or Bacchus was deployed to get him tipsy and persuade him to come and set her free, the wine did the trick.

In the full image on this cup, he’s riding into Olympus to do just that. 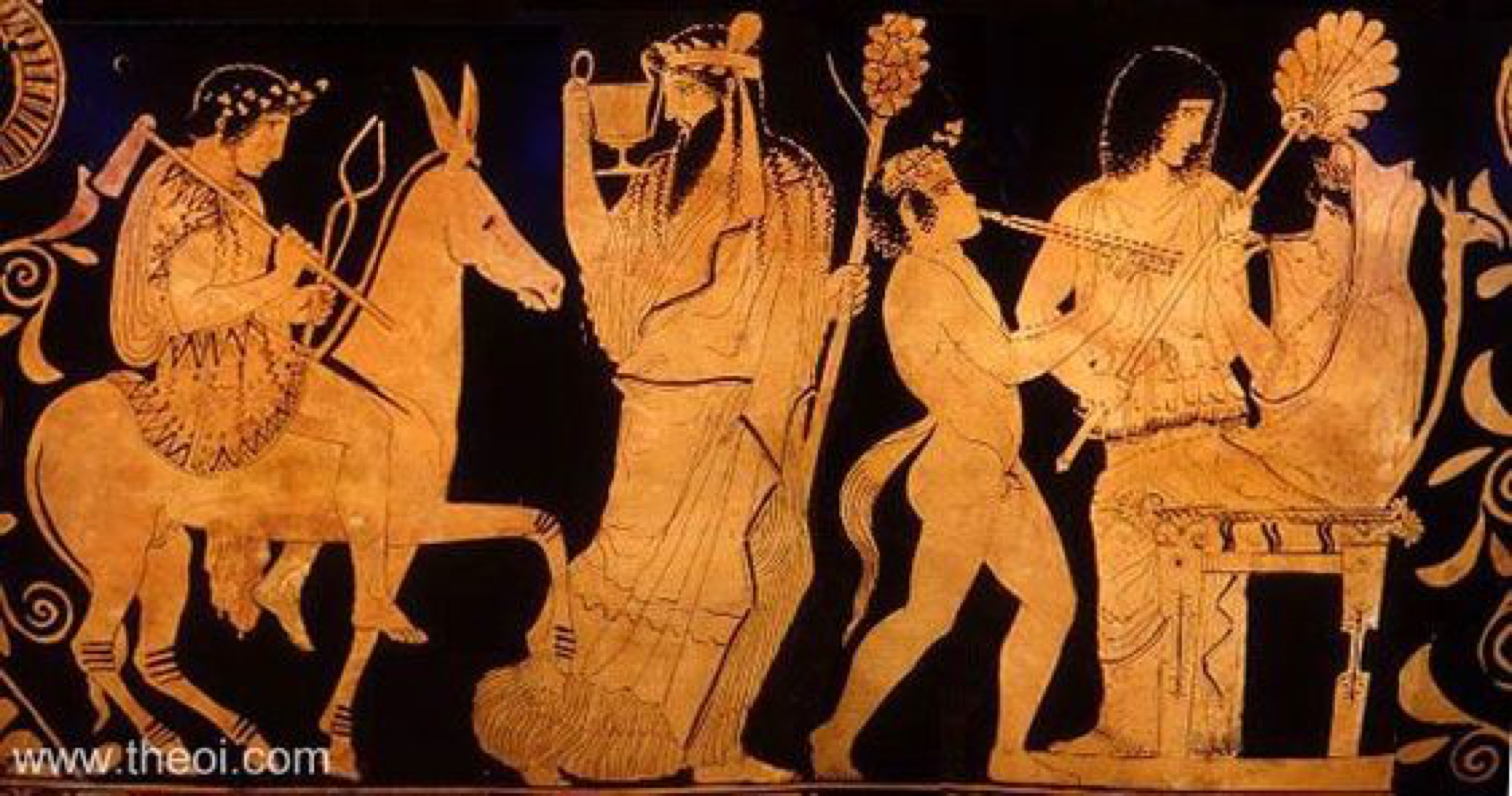 What I love about these cups is that they give us a great insight into the way the ancient Greeks saw their gods and imagined their trials and tribulations and successes. We see all of this today as a great story, but it was more of a lesson for them; be it a warning or an encouragement.

With that in mind, I wonder what will become of aulos boy when Hera gets free???