Anyone who has heard of the French artist Yves Klein may well think of International Klein Blue or IKB which was a colour that he trademarked in 1957.

He patented a formula based on the pigment ultramarine. Ultramarine was, in Renaissance times, more expensive weight for weight than gold. It comes from lapis lazuli which is naturally found in Afghanistan and it’s really difficult to extract hence a very laborious process, and hence the high price tag.

Yves claimed this colour as his own which is slightly less audacious that declaring that ‘The blue sky is my first artwork’ which he did in his late teens gazing at the sky on a beach in Nice. 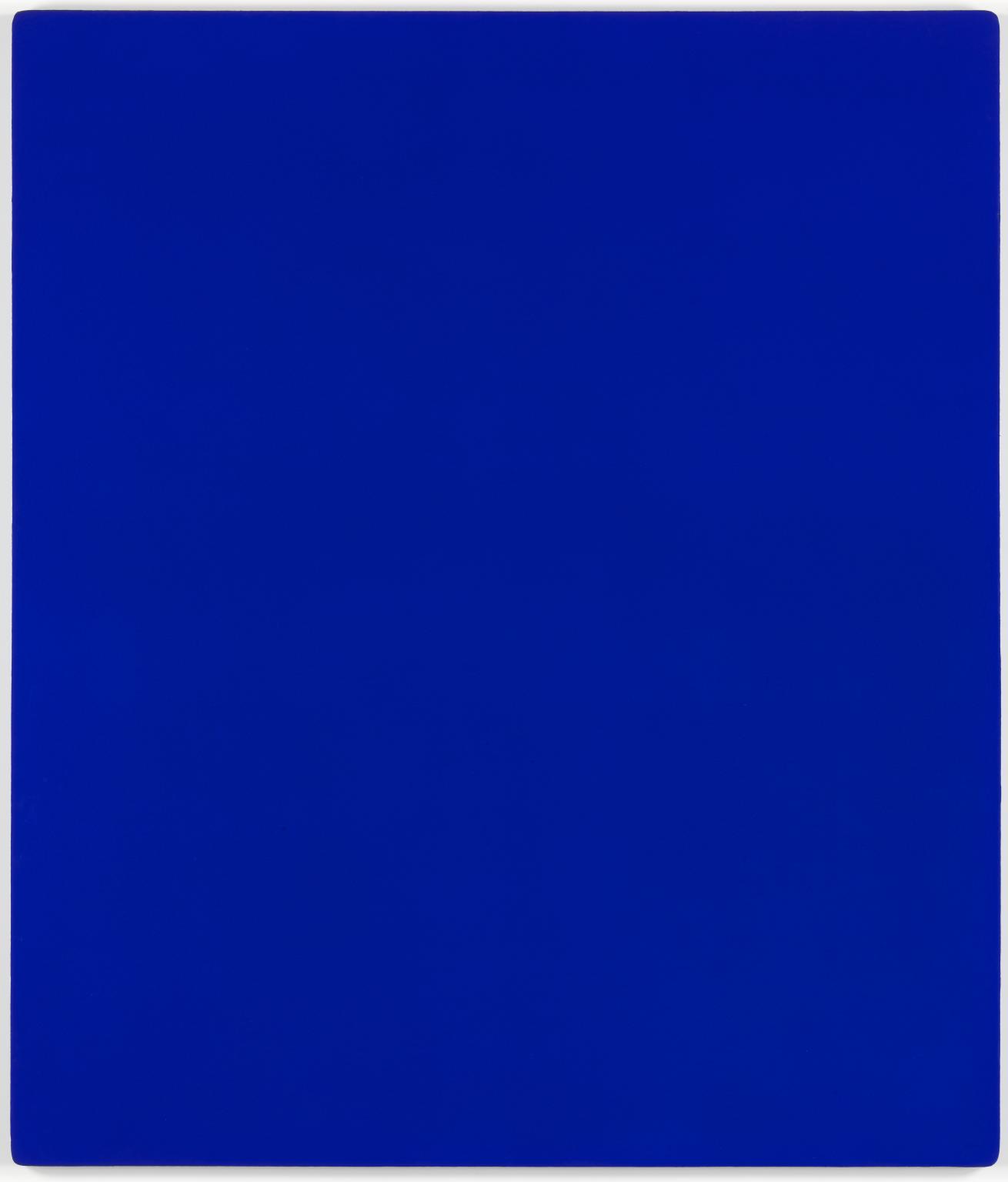 IKB 79 is on display in the Tate Modern. It’s one of nearly 200 extremely similar works. The numbering came after his death at the age of just 34 of a heart attack. It was instigated by his widow, Rotraut Klein-Moquay, a visual artist in her own right, but the works weren’t numbered in chronological order probably because even at that point no one knew which order they’d been painted in. Rotraut wrote to the Tate saying that she was fairly certain that IKB 79 was one of about four monochrome paintings Klein made in Germany in 1959.

Klein exhibited eleven of his IKB works in Milan in 1957. Each was ostensibly identical (they were all blue monochromes), but he gave them all different price tags because each, he explained, had a different spirit which was reflected accordingly. The extraordinary thing is that there were buyers who pondered and chose between them. All paid the price requested. Perhaps they felt the cost was justified not for the materiality of the work purchased but for the exact opposite. Klein associated IKB with an immateriality that he called ‘the void’.

With this kind of ideal, it’s not surprising that he wanted to move past easel painting and into a different sphere with his art. Cue his series of ‘anthropométries’. 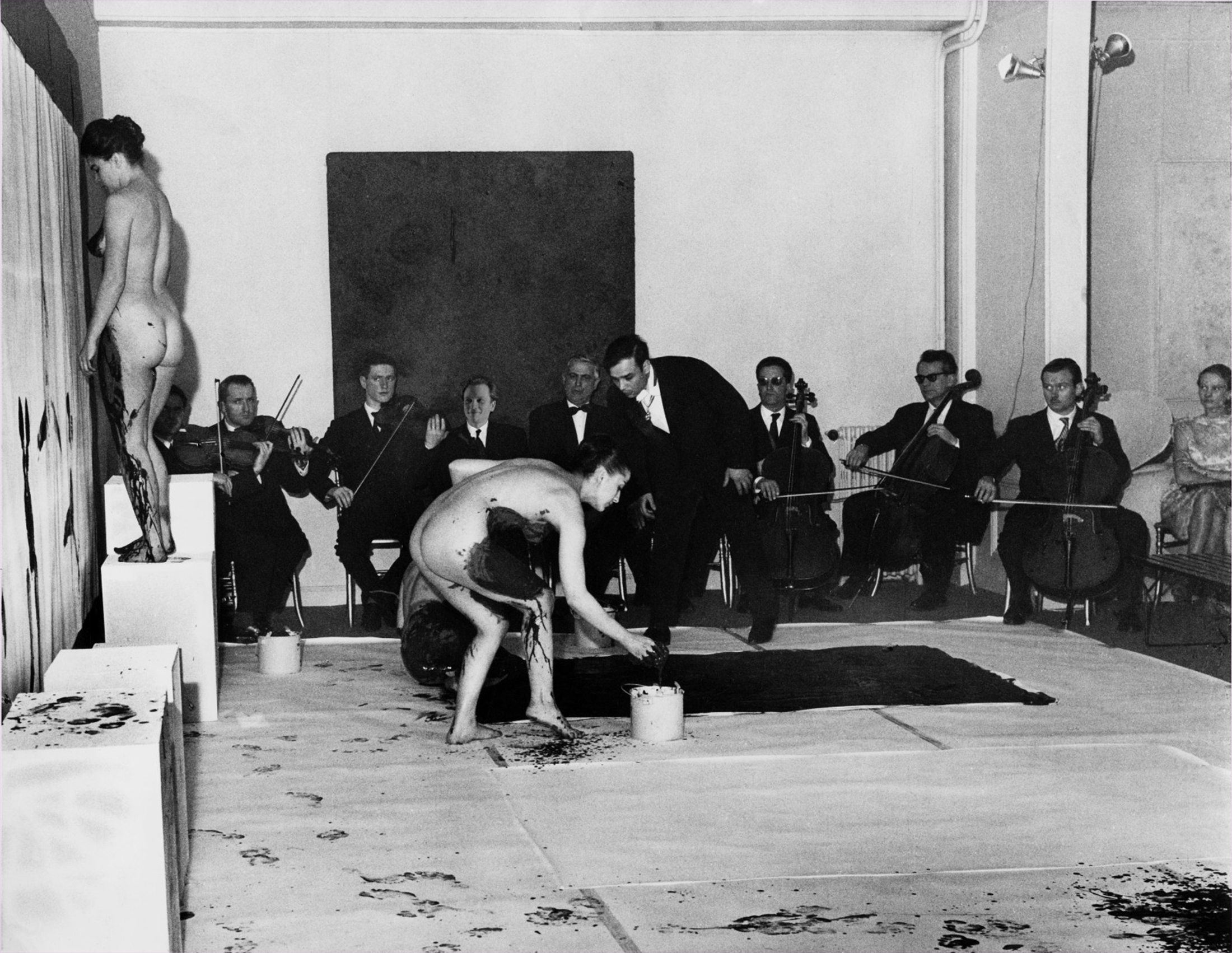 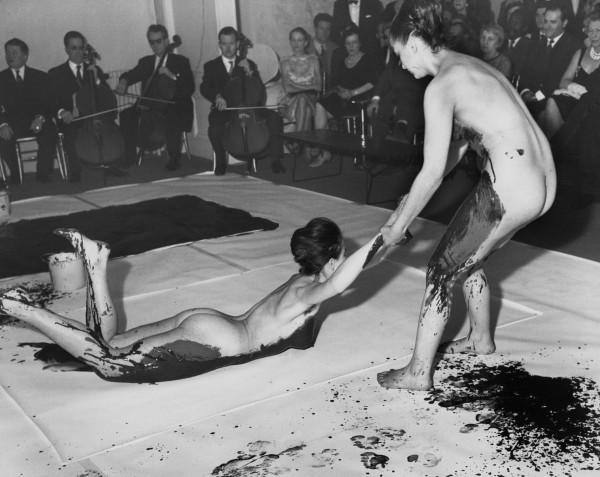 It’s 1960 and you fancy an evening out with a difference so you decide to join one of Klein’s anthropométries (which translates as the measurement of the human body).

You take your seat and in front of you is a huge vertical board covered by a sheet of white paper. Or a sheet of paper covering the floor. Perhaps even both.

You are handed a blue cocktail and as a band starts to play, Klein leads several naked young women into the area in front of you.

The tune the band plays is a bit repetitive as it’s just a single chord. It’s Klein’s Monotone Symphony. You don’t think it will catch on.

The women start to douse themselves in IKB and conducted by Klein, they press body parts against the paper, or slither or drag each other across the floor.

Exactly 20 minutes later the music ends and the women depart.

You sit in silence for another 20 minutes.

What remains is a memory and the bodily impressions made by Klein’s ‘human paintbrushes’ (his term). Oh, and probably quite a few drips of paint where there shouldn’t be drips of paint. 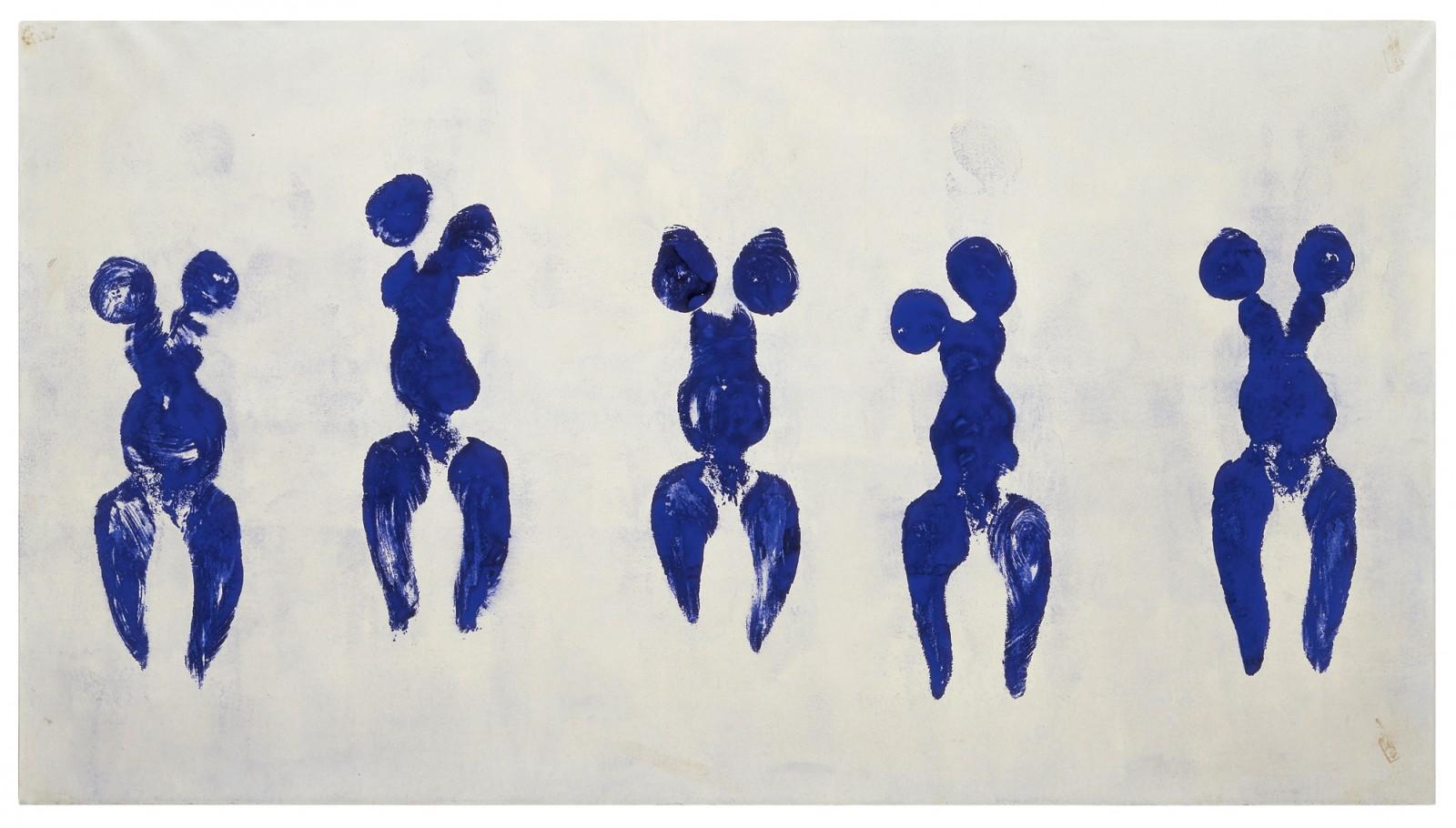 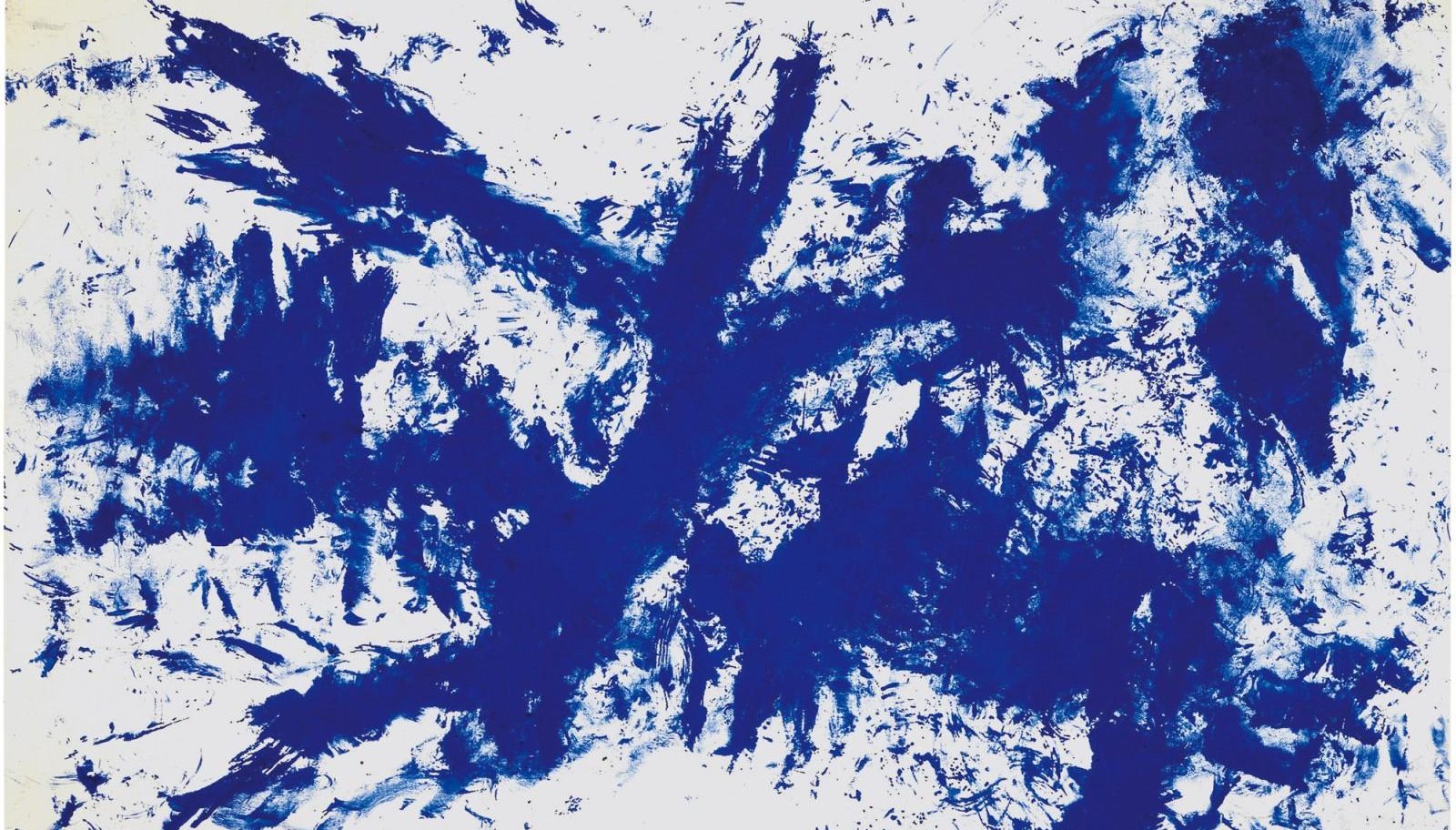